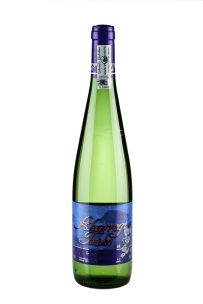 Txakoli is an special and notable wine which preserves its traditional role.

At the beginning, the txakoli was produced in local farms, it was consumed locally and it was used as an exchange between neighbours.This wine has retained its traditional characteristics, since its production has continued in the hands of small holders who cultivate it with artisan devotion and love.

The Txakoli production takes place near the coast, in southeast slopes, an area with more sunlight and protected from the sea winds, in a maximun altitude of 100 meters over the sea level.

It is the perfect accompaniment for all kinds of fish, seafood and appetizer. We recommend serving it fresh and it is common to break in the glass, so that it get rid of the carbonic and all its variety of aroma which it is characteristic of.